John Philip Burlton of the East India Company suggested to the Governor of Madras, in 1785, to establish a post office in Fort Saint George so that the letters of the staff of the Company which were carried free at the expense of the Government, could be charged for. His suggestion was accepted and a post office was established at Fort Saint George on 1st June, 1786. This post office later grew into Madras GPO, which is now called as Chennai GPO. 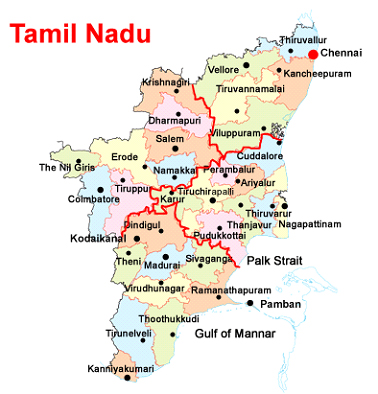 At that time, the Post was divided into three divisions, Madras North to Ganjam, Madras South to Anjengo and Madras West to Vellore. The head of the Organisation was a Postmaster General, with his office established at Madras. He was assisted by one Deputy, one writer or native assistant, five sorters, one head-peon and ten peons.

In 1789, arrangements were made for despatch of letters to Bombay through Masulipatnam and through Nizam's dominion. The letters were despatched once in a week to Masulipatnam and from there to Bombay. It took about 17 days for a letter to reach Bombay and 19 to reach Calcutta.

Transportation of mails was done by mail carts and horses, initially. Later with the advent of railways and motorways, mail transportation was much faster which resulted in an increase in the number of post offices and in the volume of mails handled.

After Independence, the Five Year Plans laid emphasis on expansion of communication facilities as an integral part of the socio-economic development. During the first Five Year Plan period, the number of post office increased three-fold. Rural delivery system was strengthened and Tamilnadu circle was the first to extend daily delivery service to all the villages, from March 1976.

Reorganisation of the States resulted in carving Andhra, Karnataka and Kerala Postal Circles out of the composite Madras Circle. The present day Tamilnadu Postal Circle came into being in the year 1961.